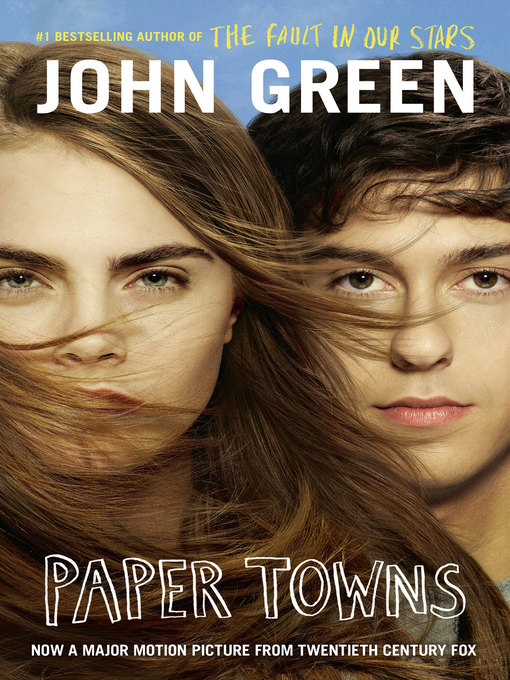 A film adaptation was released in 2015.

The novel is written in three parts. Each individual part is named for a specific metaphor : “The Strings”, “The Grass”, and “The Vessel”.

These kids, they’re like tied-down helium balloons …Before the balloon even notices, it’s been pouring coffee in that same diner for the same sad bastards for thirty years.

Kinda confusing, but it’s said that the paper towns exist only on map. the story of Agloe, New York is mostly true (conceived as a ‘copyright trap’)

To put it simple, Agloe isn’t a real town. Well, it wasn’t real, then it became real, and today it technically no longer exists.